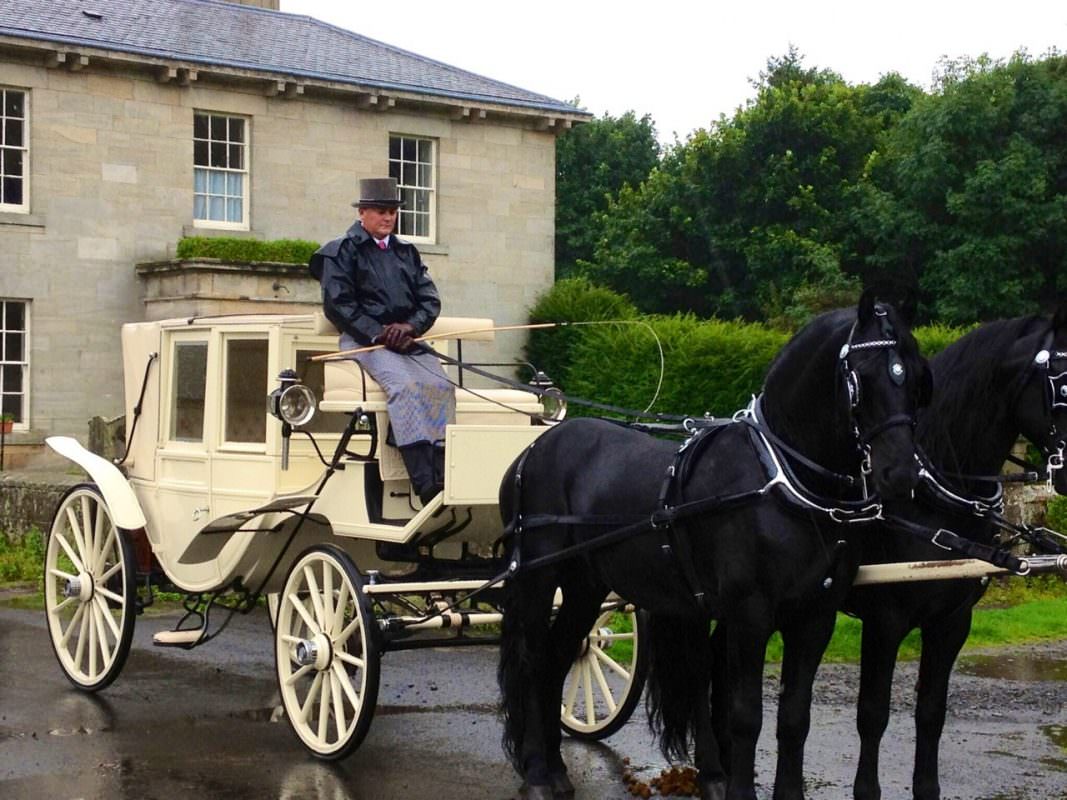 Are you interested in knowing when your favourite Limousine’s first model was launched? How did it look like and for what purpose it was used? How did it transform into its present shape and usage. We are bringing all the information for you at one place.

The concept of chauffeured vehicle is believed to be in existence since the 1700s. Used as a means of transport for the upper class or affluent only, the first designed conveyance was a horse drawn carriage, adorned in gold, and pulled by the finest animals only.

The unique aspect of design was that the space of driver was provided in a separate compartment from their commuter. This remains the noblest feature of Limousine’s designed even today.

The word Limousine originated from the word Limoges, one of the provinces in France where the residents used to wear cloak hood.

To talk of the invention of Stretch Limousines, they were first designed and developed in Arkansas around 1928. They are also known as “Big Band Buses” because they were used as a means of transport for famous big band leaders, their orchestras, and instruments in various parts of the United States.

It was from 1930’s that the Limousines and their usage started getting prominence. Hotels used them as a means of transport to transfer their VIP guests from airport to hotel and for taking them to sightseeing tours. Hence, the origin of term “Airport Stretch Coach” was witnessed.

As the Limousines started getting popular, the movie industry also started utilizing them for transfer of their stars and crew members across movie sets and ceremonies. This eventually led to Limousines becoming a symbol of status and necessity for movie actors and actresses. Once wasn’t thought-out or referred to as a “star” unless one arrived in a stretch Limousine.

After a decade or so, the six-door Limousine was invented, initially they were customarily used as funeral cars and were built on Cadillac Chasis.

Over the years, Limousines continued to gain more popularity that eventually many businesses opened their companies to provide Limousine Rental Car Services. Today Limousine is a transport for all those who can afford it and is a status symbol for the wealthier ones.

The Limousines are idealized for their comfort, style, and other luxury benefits. Moreover, an interesting fact about increase in Limousine usage is also attributed to the “No drink – drive” policy implemented by many countries like United States that do not permit travellers in vehicles to have open alcohol containers unless they are separated from the driver.

The emergence of new technologies has led to many advancements in design, comfort, style, and luxurious outlook of the Limousines along with enhancing the capacity of number of people that can be accommodated. Thus, Limousines today are not limited to transport only, but are also a venue for parties, long tours, wedding celebrations and many more.

You can also get booked one for yourself and your special one for making your event special! Contact us and plan and ride your next trip and event with us!